The production of lightning

(1) The water vapor content does not change and the air is cooled and cooled;

(2) The temperature does not change, increase the water vapor content;

(3) Increase both water vapor and temperature.

But for the formation of the cloud, the cooling process is the most important process. Cooling and cooling, which are caused by rising motion during cooling and cooling, are the most common. Cumulonimbus clouds are clouds that form during intense vertical convection. Since the radiation energy absorbed by the ground is much larger than the air layer, the temperature of the ground rises more during the day and this temperature increase is more pronounced in summer. Therefore, the temperature of the near-surface air increases with heat conduction and heat radiation, and the gas temperature rises. High inevitably expands, the density decreases, and the pressure also decreases. According to the principle of mechanics, it must rise. The density of the air layer above it is relatively large, and it must sink. The hot gas flow expands and decompresses during the ascent process, and at the same time exchanges heat with the air at a high altitude, so that the vapor in the ascending air group condenses to form a mist, and a cloud is formed. During strong convection, the droplets in the cloud cool down further, becoming supercooled droplets, ice crystals or snowflakes, and gradually increasing with height. At the frozen altitude (-10 degrees Celsius), the latent heat is released due to the massive freezing of supercooled water, and the cloud top suddenly develops upwards. It reaches the back horizontal direction near the troposphere to form a cloud anvil, which is a distinctive feature of cumulonimbus clouds.

In the process of forming cumulonimbus clouds, under the action of the atmospheric electric field and the temperature difference electrification effect and the crushing electrification effect, positive and negative charges respectively accumulate at different parts of the cloud. When the charge accumulates to a certain degree, discharge occurs between the cloud and the cloud or between the cloud and the ground, which is what people usually call lightning.

The thunder and lightning has brought tremendous calamities to human beings and society with its enormous destructive power. Especially in recent years, frequent lightning disasters have occurred to the national economy. The resulting damage is becoming increasingly serious. We should strengthen mine awareness and actively cooperate with meteorological departments to do a good job of prevention and minimize the damage caused by mine damage.

2. The destruction of lightning

The destruction of lightning is mainly due to the violent discharge that occurs when the potential difference between the clouds or between clouds and the earth and between cloud and air reaches a certain level (25-30 kV/cm).

Direct lightning strikes a rapid discharge between a charged cloud and a point on the earth. Lightning rods and other devices can quickly introduce high voltage and current generated by â€œdirect strikeâ€ into the earth and eliminate the impact of lightning strikes, thus protecting the facilities.

Inductive lightning is when the direct lightning strike occurs, the cloud charged quickly disappears, some areas of the ground due to the large scattering resistance, there is a local high voltage, or in the direct lightning strike discharge process, a strong pulse of current on the surrounding wires or metal objects produce electricity Secondary lightning with high voltage induced by magnetic induction and flashing. Although the object can be protected from direct lightning strikes within the scope of lightning rod protection, â€œinductive lightningâ€ can generate high-voltage induction and current â€œsurgeâ€ on wires such as power, communication, networks, satellite antennas, and cable TV, and lead through wires. The introduction of power distribution rooms, computer rooms, offices, and residences has caused power, communications, and electronic equipment to inevitably suffer damage. Therefore, it is very urgent and necessary to prevent the damage of these modern society.

Surge from the outside This surge is caused by the switching of a lightning or utility grid switch. Both types of harmful power disturbances can disrupt the operation of computers and computer information processing systems, causing downtime or permanent equipment damage.

When there is charge accumulation on the cloud and the same amount of charge of the opposite polarity is generated on the lower surface of the cloud, it will cause lightning discharge. The situation behind it is like the discharge of a large battery pack or a large capacitor. The charge potential between the clouds and the ground is as high as several million volts. When a lightning strike occurs, a current of several thousand amps is discharged through a lightning strike, and all equipment and ground return to the cloud to complete the electrical path. Unfortunately, this lightning circuit often uses important or expensive equipment. The key concept of surge protection is to provide lightning-induced currents with a short and efficient path to the earth. This lightning surge will be diverted from outside the device. Shown is the reduction of lightning current at the device. A large lightning current value is often cited as an example. In fact, it is very unlikely.

Internal surges Internal surges occur frequently, such as from air conditioners, air compressors, arc welders, electric pumps, elevators, switching power supplies, and other inductive loads. For example, a 20hp induction motor (line voltage 230V, class 4, Y-junction) has about 39 J of stored energy per phase at maximum torque and will generate a transient when its nominal square root current is cut off. Overvoltage. It often happens, and other loads it supplies from the same distribution box will therefore be vulnerable to damage or malfunction.

Do not assume that an overvoltage protector on the incoming power supply of an electrical device can protect the electrical device from internal surges. It cannot, it can only prevent external surges entering the electrical device along the power line, because the distance of the surge inside the large-capacity line protection device is too far. Dion Neri, Wang Yuhou, Huang Miaoqing School, â€œEC&M Electrical Construction and Management,â€ October 1998, Vol.1, first issue, follows an interesting fact. From other websites, the story's authenticity has not been explored. "Not necessarily only the president will be hit by a transient surge." Surge is an abnormally large current pulse in the order of microseconds. It can cause electronic equipment to be damaged by transient over-power. Every year, the integration of semiconductor devices is increasing, the pitch of components is decreasing, and the thickness of semiconductors is becoming thinner. This makes electronic devices more vulnerable to transient electrical damage. If a transient overvoltage caused by a surge exceeds the capacity of an electronic device, then the device is either completely destroyed or its life is greatly shortened.

Lightning is the most obvious cause of power surges. Lightning hitting transmission lines can cause huge economic losses. Every time the power company switches the load caused by the surge will shorten the life of various computers, communications equipment, instruments and PLC. In addition, large electrical equipment, elevators, generators, air conditioners, refrigeration equipment, etc. can also cause surges. UPS can also be destroyed by power surges.

The lightning rod at the top of the building can direct most of the discharge into the ground during direct lightning strikes, avoiding the burning and explosion of buildings. UPS uninterruptible power supply is a serious drop in processing voltage. Both are very useful, but none protect the computer from power surges, and the UPS itself has many microprocessors that can also be destroyed by power surges. Twenty-five years ago, IBM discovered that more common sources of power surges were power grid switches and large power equipment (such as air conditioners and elevators). Every day such surges enter the studio through the switchboard to destroy electronic devices or shorten their life. Therefore, surge protection devices are installed in almost all buildings in the United States that have computers or other sensitive electrical equipment.

4. Electrical equipment that is easily damaged by power surges

5. The danger of power surges to computers and other sensitive electrical equipment

The development of computer technology so far, multi-layer, ultra-scale chip set, circuit-intensive, tend to be more integrated, smaller component gaps, thinner wires. A few years ago, one square centimeter of computer chips had 2,000 transistors and today's Pentium machines have more than 10,000,000. This increases the probability of a computer being damaged by a surge. Because the design and structure of the computer determines that it should work within a specific voltage range. When the surge exceeds the level that the computer can tolerate, the computer will appear garbled data, the chip will be damaged, and the components will age prematurely. These symptoms include: unexpected data errors, failure to receive/transmit data, lost documents, malfunction, and often Needs maintenance, unexplained failures, hardware issues, and more.
Lightning surges far exceed the levels that computers and other electrical equipment can withstand. In most cases, computers and other electrical equipment are immediately destroyed, or data is lost forever. Even the start-up or shut-down of a small, 20-hp induction engine can generate a surge of 3,000-5,000 volts, making the computer that shares the same distribution box with it suffer from damage or interference during each surge. The frequency of surges is very high.

CBEMA - The Association of Computer Business Equipment Manufacturers has developed an international standard that is the basis for computer manufacturers such as IBM to design and manufacture computers. China's industry standard states that computers using 220/380 volt power systems can withstand over 2000 volts.

In the United States, computers have been used extensively for about 20 years before China. It is through painful lessons that attention has been paid to the surge protection of computers. U.S. banks, top 500 companies, defense facilities, financial and insurance systems, service networks, telecommunications networks, and petrochemical plants are all equipped with surge protectors. China will be the worldâ€™s largest computer consumer market. Five years ago, the Bank of China was not yet computerized. With the popularity of computers, people also recognize the importance of protecting such electronic devices. In 1998, China promulgated and implemented the industry standard for lightning protection devices for computer information systems.

To make the equipment well protected, first of all, it should make an objective assessment of the environment in which it is exposed and the extent to which it is affected by lightning. It is due to the magnitude, probability, network structure, equipment voltage resistance, and protection level of the overvoltage. It is related to grounding, etc.; lightning protection work should be considered as a system project, emphasizing comprehensive protection (including buildings, transmission lines, equipment and grounding, etc.), comprehensive management, and to be scientific, practical, practical and economical. In view of the fact that the instantaneous energy of the induced thunder is large, according to the theory that the energy is gradually absorbed by the IEC international standard, and the principle of classifying the guard interval, it is necessary to do multilevel protection. 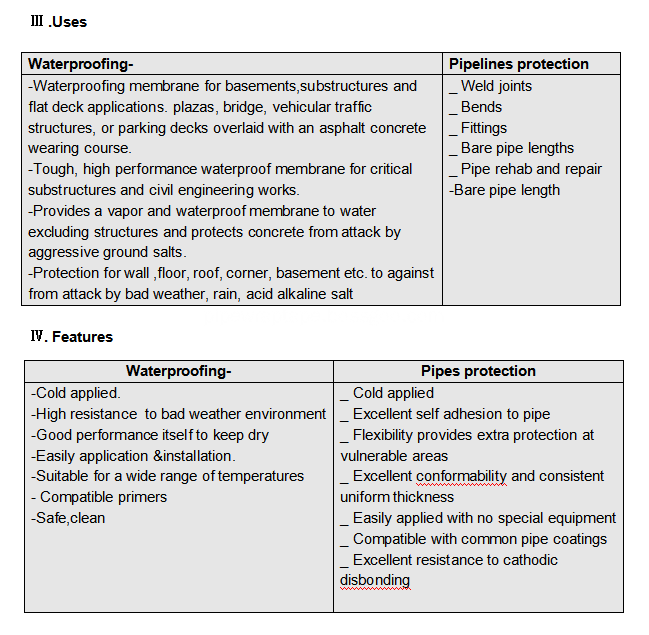 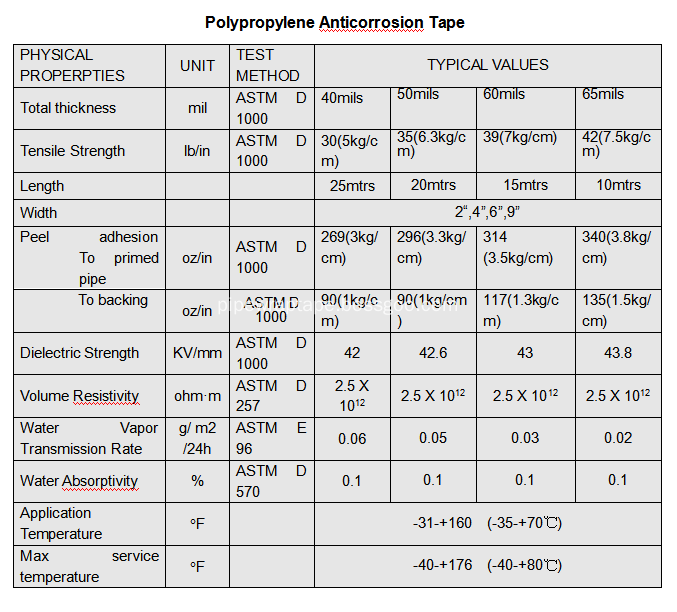 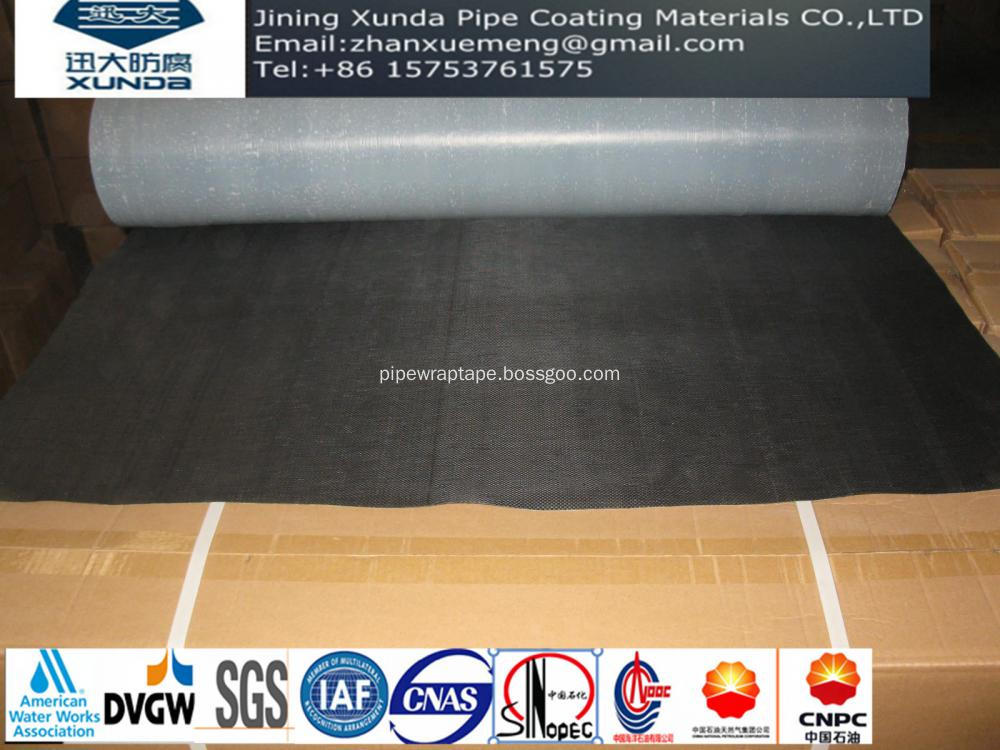