Power board installed on the bottom of the vehicle. 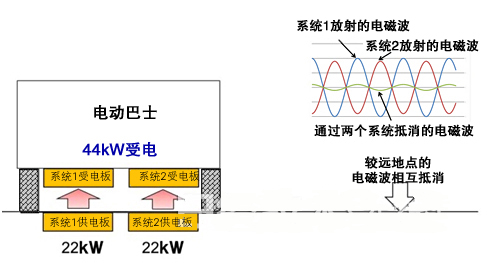 By the reverse power supply of the two systems, the emitted electromagnetic waves are reduced. 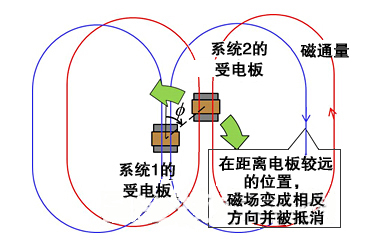 Toshiba announced in September 2016 that it has developed a technology that can reduce unwanted electromagnetic waves that can interfere with other wireless communications in the rapid wireless charging system of electric-only (EV) buses. The company's electric-only buses are currently undergoing highway tests. This technology has solved a problem that hinders the practical application of electric buses.

The fast wireless charging system developed by Toshiba uses 85 kHz frequency band for 44 kW power transmission. The Japan Radio Law stipulates that when using a high-frequency band of 10 kHz or higher, a high frequency band must be used to permit the use of equipment. The intensity of the electromagnetic wave radiated by the equipment must be lower than the allowable value, and radio broadcasting, television, and other wireless communications must not be hindered. But before that, when Toshiba's fast wireless charging system delivered 44kW, the electromagnetic wave intensity emitted was 10 times higher than the allowable value.