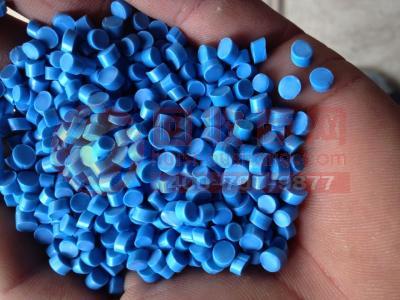 Since the early 1970s, PVC has become the focus of environmentalists, security advocates and mediators. The main contents are:

(2) Dioxins may form in the ash burned or discarded in PVC;

(3) The potential toxicity of some PVC additives;

(4) Various other accusations related to safety and environmental risks.

Despite this long-running debate, worldwide demand for PVC continues to grow. Industrially, these claims are addressed by drastically reducing the diffusion of vinyl chloride in monomer processing plants, polymerization plants, resin production plants, and general environments. In addition, if it cannot be eliminated, it is necessary to reduce the dependence on potentially hazardous additives by changing the formulation, such as certain heavy metal heat stabilizers. Further, a waste management plan was initiated to address some of the claims made by PVC activists to remove PVC in the name of environmental hazards.

However, it is clear that global PVC sales have been adversely affected by safety concerns and concerns. This problem is most evident in Europe, where the anti-PVC campaign has successfully promoted some restraint legislation. Any estimates of the resulting loss of global PVC in traditional applications are highly uncertain.

The special markets that are most affected include:

The use of PVC in pipes and other long life cycle building products is minimally affected by this concern.

In 2001, a.Tukker conducted a long-term and comprehensive investigation and conducted a variety of â€œcradle to graveâ€ LCa (life cycle assessment) methods to evaluate the Swedish PVC life chain, stating that the PVC life chain disappeared from the ozone layer in Sweden. Environmental acidification and eutrophication are only some of the effects, while the share of the effects of global warming, aerosolization and soil volume is only 0.15%, so the impact of the PVC life chain on the environment is only general. The environmental impact of the PVC life chain is mainly the production of dichloroethylene/vinyl chloride (release of dichloroethane, vinyl chloride monomer, volatile organic compounds and carbon dioxide) and soil burial (buried volume).

When the PVC life chain implements an improvement plan, it produces chlorine (mercury), dichloroethane (dioxin), manufactures PVC products, and produces poisons (lead, mercury, and dioxins) during use and waste incineration. Significantly reduced, the total emissions in Sweden are only equal to or less than 0.15%. Because PVC emits almost no other poisons, it is certainly beneficial to improve the overall toxicity and environmental problems in Sweden.

The Plastics Waste Management Institute in Brussels has been working on an independent development model and a regulated European database, completing the study of the ecological balance of packaging and window frames, and concluded that PVC is beneficial for environmental protection. There are no advantages to adopting possible alternatives to replace PVC in terms of ecological balance.

At present, pure PVC is now recognized as a non-toxic material, even if it is ingested by the human body, it is not digested. The toxicity of PVC mainly comes from its residual vinyl chloride monomer and the added toxic additive components.

In the United States, PVC was widely used as a food packaging material before 1958, so FDA recognized it as a GRaS (commonly considered safe) grade material. From the 1960s to the 1970s, the occurrence of aOL (accoosteolysis) and aSL (angiosarcoma, a type of liver cancer) in a specific population of practitioners caused by vinyl chloride monomer caused concern and in-depth study. Due to concerns about carcinogens - residual vinyl chloride will enter the packaged food, BaTF (Liquor, Cigarette and Light Weapons Authority) prohibits the use of rigid PVC bottles for wine. Therefore, in 1975, FLa proposed (40FR40259) to revoke the status of GRaS materials for rigid PVC, prohibiting it from being used for food packaging, but not forbidding soft PVC packaging materials from contacting food. The PVC resin manufacturing technology and the plastics industry reacted quickly, reducing the residual vinyl chloride concentration in PVC to a very low level in a short period of time, eliminating consumer concerns, but FDA did not withdraw the 1975 proposal until 1986, and reaffirmed it. The safety of PVC food packaging is only in line with FDA's requirement for residual vinyl chloride (51FR4173). According to the interpretation of the Delancy regulations, FDA does not believe that an extremely small amount of residual vinyl chloride monomer in hard PVC packaging will have an impact on humans and the environment.

Most PVC packaging materials that come into contact with food are soft, mostly film and PVC. The security of this type of packaging is no longer considered a problem by FDA. However, it must be ensured that the plasticizer used is safe.

According to Ficken's theory, the diffusion of small molecules from a plastic matrix or through a plastic matrix is â€‹â€‹carried out in a relaxation step of a locally swollen polymer, establishing a concentration gradient on the walls of the tubing and food packaging material to provide power for solute motion. The equilibrium migration rate is a function of time squared, temperature, and residual concentration. The primary limiting factor is the original concentration. From the theoretical and practical considerations, the lower limit of the concentration is set. Below this, there is no obvious migration effect, and the experiment has confirmed the theoretical prediction. That is, when the concentration of vinyl chloride in the rigid PVC is less than 1.0Ã—10-6 or less, the concentration in water will be lower than the actual test limit of 1 or 2Ã—10-9; below the measurable limit in the non-water simulated food solvent. About 1.0 Ã— 10-9. Only in the case of exaggeration during storage, it is possible to see a migration effect of less than 1.0 Ã— 10-6.

After the produced PVC resin is stored in a closed container for a long period of time, the concentration of vinyl chloride in the free space will exceed the index proposed by OSHa, ie 0.5Ã—10-6. If the worker enters the silo and tanker for storage or transportation, it should be ventilated or brought with a breathing mask. The warehouse or transport vehicle for the bagged product is slightly better and usually has sufficient natural ventilation to prevent over-standard exposure. However, there are also cases where there are a large number of sealed places where there is a large amount of bagged material.

In the drinking water pipe fittings, the production factory proposes the product standard by itself, wherein the vinyl chloride content is not more than 10Ã—10-6. In fact, the resin is usually less than 10 x 10-6, so it is not necessary to test whether it exceeds the standard after compounding. Pipes and general-purpose resins are often delivered at a much lower than 5 x 10-6, and only a small amount of residual vinyl chloride is released during the compounding process. Sufficient ventilation is required to control the plasticizer and stabilizer odors released by dust and heat. When a resin containing 2.0 x 10-6 vinyl chloride was processed at a rate of 1 t/h using an extruder, the released vinyl chloride was about 1 g/h, and a ventilation rate of about 6 m3/h was sufficient.