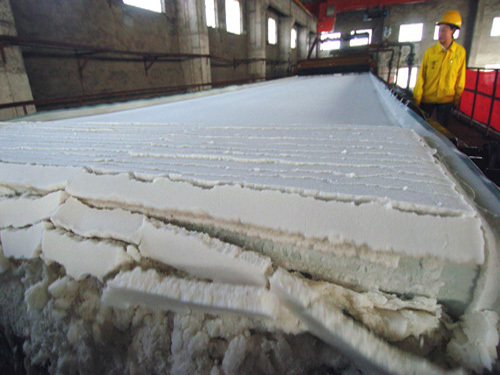 Recently, after five months of marathon negotiations, the China Potash Joint Negotiating Team finally reached an agreement with the international potash fertilizer giant on the 2015 potash import contract at a price of CFR315/ton, which is $10/ton higher than last year's contract price. Other terms are not. change. Potash negotiations, which have been widely concerned, have settled.

Second, China's potash fertilizer development strategy has achieved fruitful results. To get rid of the long-term predicament of potassium resources, the Chinese government formulated three â€œone-thirdâ€ strategies for the development of potash fertilizer in previous years: One-third of domestic production, one-third of foreign imports, and one-third of â€œgoingâ€ Go out to set up factories abroad. The steady advancement of this strategy will not only allow the Chinese potash industry to gain more initiative, but also quietly change the world potash pattern.

Third, the negotiations on potash showed "Chinese characteristics." The Chinese Potash Fertilizer Negotiations have established a joint negotiation mechanism. Government-led, association-coordination, and enterprise participation have united and formed a strong joint force in the negotiations. At present, the members of the Chinese Joint Negotiating Group are mainly composed of central enterprises such as Sinochem Group, China Agriculture Group, and China Shipping Chemical. The experts participating in the negotiations stated that China is the largest importer of iron ore, but our price is also the highest, and we have almost no right to speak. In terms of potash imports, we have a fist from top to bottom in order to effectively release our power.

From passive to active, the â€œChinese powerâ€ in the potash negotiations is gradually emerging. From the predicament to the good times, the Chinese potash fertilizer industry is using wisdom and efforts to achieve self-development and change the world pattern.

As the name suggests, flame cutting machines are cut by oxyacetylene or oxyfuel.
1. CNC Flame Cutting Machine is the earliest and best CNC cutting equipment. Flame Cutting Machine is mainly used in heavy industries with low precision requirements, such as sheet metal, steel structure, shipbuilding, machinery and construction.
2. The flame cutting machine is suitable for the cutting of carbon steel plates of 5mm or more.
3. Economical and practical.