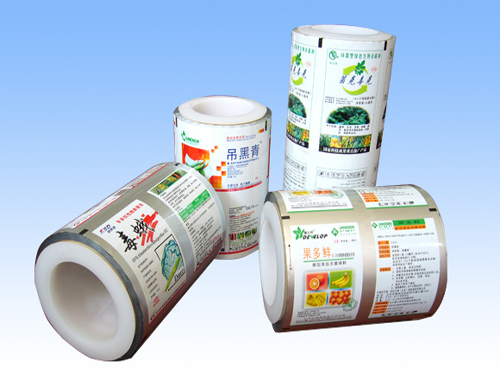 â€œPlastic flexible packaging is mainly used in the food industry. Now that food consumption has undergone a transformation, it has been moving towards high-end food consumption, and the total volume has decreased. The production of plastic flexible packaging remains high-speed development, and the problem of overcapacity will become even more pronounced,â€ said industry insiders.

From the perspective of the development of large enterprises in the industry, the profitability of plastic flexible packaging is acceptable. A researcher at China Institute of Technology pointed out that â€œAs the market competition mechanism is gradually formed, small-scale and backward companies have basically withdrawn from the market. Many companies have made adjustments based on their product structure, and the pace of large-scale production is accelerating.â€

There are more than 8,000 plastic packaging industries in China, of which more than 2,240 are thin-film manufacturing companies. 65 companies have output of more than 5,000 tons, 25 companies have more than 10,000 tons, and companies with more than 50,000 tons have There are 5 homes; there are 4300 silk and rope preparation products enterprises, more than 500 foam plastic manufacturers, and 679 packing boxes and packaging containers. Compared with other light industries, the plastic packaging industry has a higher level of profitability. Enterprises above designated size have basically realized annual profits of over 100 million yuan.

Analysts pointed out that in 2013, the total output value of China's plastic packaging industry was 555.5 billion yuan, accounting for 37.9% of the total output value of the packaging industry, but the level of technology was average. China's plastic packaging technology level is relatively backward compared to foreign countries. In 2013, 30% to 50% of China's food was damaged during storage and transportation, while Europe and the United States and other developed countries and regions are currently only 1% to 2%. Failure rate.

After a long period of struggle and opening to the world, China's plastics industry has formed an industrial system with a relatively complete range of categories. It has become a basic material industry along with steel, cement, and wood. As a new type of material, its use has far surpassed the above 3 Kinds of materials. While maintaining a rapid pace of development, economic benefits have also improved. The total output value of enterprises above designated size in the plastics industry ranks third in the 19 major industries of light industry, achieving a product sales rate of 97.8%, which is higher than the average level of the light industry. Judging from the production of synthetic resins, plastics machinery and plastic products, it shows the strong development momentum of the Chinese plastics industry.

Industry experts believe that due to the development of circular economy and conservation-oriented society and consumers' increasing security awareness, the standard regulations for packaging will be more stringent and the use of additives will become more clear. â€œMultifunctional composite membranes have been further refined in foreign countries. This is an urgent need for China to catch up.â€ Functional specialization refers to the selection of different packaging materials according to the difference in the materials to be packaged and the storage conditions, and it is resistant to stretching and tearing. , high temperature, corrosion, impact resistance and so on. At the beginning of the transformation of the food industry, the plastic flexible packaging industry is aggressive and seeks diversified development, which is an inevitable trend of sustainable development.

As the industry moves from standard definition to high definition, how can we ensure the whole surveillance system not only satisfies the resolution requirement, but also the total cost?

How AHD can be beneficial to us?

â€¢ Upgraded to analog HD seamlessly with Low-cost and simple installation value-added solution. Go after the conventional analog system topology and give a full consideration to users' operation habit.