The exploration and development of oil and gas are now getting more and more severe, but these non-renewable energy sources will one day be developed. In order to solve this problem encountered in the future, scientists have come up with an early solution, that is, the development of renewable energy sources, such as the use of wind energy and solar energy. Researchers continue to improve solar cells and wind turbines so that they can provide maximum energy. However, due to land and weather restrictions, a large number of solar or wind power plants are limited. A British company hopes to solve this restriction by developing an aerial photovoltaic project.

New Wave Energy has spent years developing technology and wants to mass-produce unmanned aerial vehicles. Each 20*20 meter (65 ft) drone has four small propellers that keep it in the air. It has a large plane with solar panels. The drone's turbines are in a strategic position and use wind to generate energy.

Drones can fly up to 15 thousand kilometers (50,000 feet) of air, allowing them to be in most non-air traffic areas, and this height is higher than clouds that cover the sun, allowing them to absorb more Solar energy. The small propeller allows the drone to track the sun's trajectory in the sky, allowing the entire device to receive sunlight at the best possible position and maximize the time it takes to receive large sunlight. At this level, the energy generated when winds are uniform is very large, which means that smaller turbines can be used on the necessary mega-towers near the ground.

This fabulous drone can absorb energy across the cloud, but how can it be used on the ground? Of course it is a microwave. The energy on the drone can be sent as low-energy microwaves, and the antenna array on the ground can collect energy. The antenna can convert this electromagnetic radiation into usable DC power.

New Wave Energy said that UAV power plants do not even need energy on land, but use the energy generated from solar panels to become self-sufficient. Even if the drones do this, each drone can generate 50kW of energy supply ground-based receiving stations. This means that the energy generated by several thousand drones can supply 205,000 households. Of course, the construction cost and the repair cost of the damaged drone will determine whether this amount of supply is feasible. 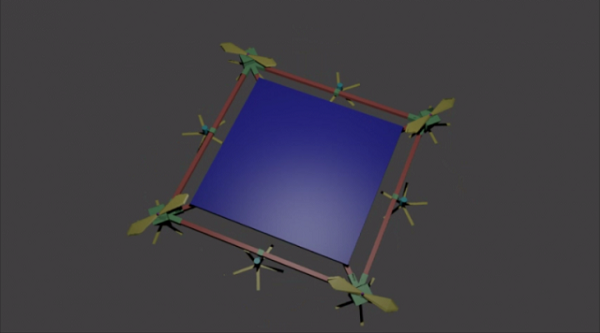 Nb2O5 Target can be used for producing the high-end display. The screen produced by Nb2O5 target has high color, display and service life. The sputtering target is mainly used in electronic and information industry, such as integrated circuit, liquid crystal display, information storage, laser memory, electronic control devices, etc.; can also be applied to the field of glass coating. In addition, this target can also be used in high temperature resistant materials, corrosion resistance, high-grade decoration products and other industries.