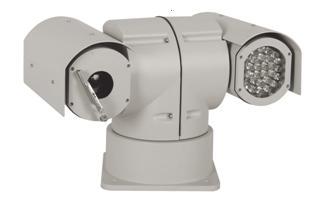 After years of development of the integrated camera movement, the design of its core technology integrated lens and auto-focus algorithm has been quite mature. The standard of high-definition integrated lens quality is roughly divided into: optical performance, stability and consistency of key components. The optical performance mainly refers to the resolution of the lens under various optical multiples. Of course, it also includes the seriousness of ghosting, purple fringing, and dispersion. The key components mainly include the aperture, motor, and filter switching components.

After entering the era of high-definition, these technical problems have been resolved quickly. Currently, different products represented by Japanese lenses, Taiwan lenses, and domestic lenses have been formed. Japanese lenses generally perform well in terms of optical performance and stability, but their prices are relatively high. Taiwan's lenses are relatively cost-effective, but their optical performance, especially high-resolution image performance, is insufficient; while domestic manufacturers' one-camera lenses do not perform well in terms of stability and consistency. ideal.

In terms of autofocus algorithms, several major solutions have also been formed. For example, HD autofocus solutions represented by TI's DM368, FPGA and ASIC. The FPGA solution belongs to the hardware circuit implementation mode, and the stability is high. The effect and speed of autofocus are fast. The solution of the DM368 is a software system combined with the implementation of the hardware register. Its autofocusing effect is relatively good, but the speed and stability The sexual aspect needs to be tested; the ASIC solution is implemented by the hardware circuit and the simple software method, and the stability is high, but the development flexibility of the movement manufacturer is greatly limited, and it is difficult to improve the effect and speed of the autofocus.

High-speed dome camera function is increasingly enhanced In the initial stage of the development of high-speed dome cameras, people mainly consider its conventional operating functions when purchasing products, such as the camera's focal length range, pixels, horizontal resolution, signal to noise ratio, shutter adjustment method White balance automatic tracking mode, backlight compensation, and the ability to switch automatically with low illumination, etc.; secondly, for the PTZ, it considers horizontal and vertical continuous operation angles of the PTZ, and the range of operation speed adjustment, including rapid response capability, high-speed operation reliability, and Lifetime, stability of motion at low speed, image jitter, etc.; and the ability to store preset points on the dome, the main consideration is the absolute position of the pan tilt, the accuracy of the zoom position memory location, and so on.

In terms of resolution, the definition of HD network high-speed ball has achieved a qualitative leap, providing users with more picture pixels and showing more abundant picture details. Liang Ge, Product Manager of Tianjin Yaan Technology Electronics Co., Ltd., said that compared with the analog and standard speed domes, the resolution of the megapixel high-speed ball is generally more than 720p, which avoids the original monitoring picture is not very clear, even In some places, there is a phenomenon where the fuzzy resolution is not clear.

Under the premise of ensuring the improvement of resolution, the HD network high-speed dome can expand the monitoring range of coverage, which means that the coverage of a high-definition camera is equivalent to several times that of an analog high-speed ball, which can provide users with more details of events or reduce the speed The number of balls used. "For example, in a safe city or a place that requires extensive coverage, the previous ordinary ball machines may require 200 units, while the use of high-speed network high-speed ball only needs 100 units, 18 times the speed of 720p network high-speed ball coverage is equivalent to 36 times. The D1 effect was mentioned by Zou Yufan, training consultant for ANZ China Network Communications Technology Co., Ltd. in China.

In addition, it is worth noting that the high-definition network high-speed ball can also provide users with timely and effective monitoring services through the addition of intelligent analysis functions. It is more convenient for positioning and tracking in outdoor complex environments. In the high-definition network high-speed ball more typical intelligent analysis technology includes motion detection, face recognition and so on. "For example, based on behavioral analysis technology, intelligent analysis functions such as personnel focus, traffic detection, cross-line detection, and alarm real-time uploading can be realized," said Hu Ping, product manager of Hikvision. At the same time, on the basis of high-definition image quality, facial analysis functions can be combined with the application of face data in the database. If some of the key locations are found to be robbery incidents, they can be traced more quickly and accurately. Or, it analyzes the flow of customers and goods in shopping malls and supermarkets, and provides managers with analysis of the flow of people and businesses. Chen Yong, product manager of security product monitoring and control for product solutions at Panasonic Corporation (China) Co., Ltd. mentioned.

In addition, some manufacturers such as Panasonic to ensure that the peripheral pixels of the high-speed ball image can also reach the level of high-definition, built-in image correction software, can quickly rotate or sphere generated image correction.