Abstract On November 26th, US Eastern Time, the NASA's "Insight" detector launched to Mars successfully landed on Mars and will investigate the internal structure of Mars for the first time. Insights on May 5 this year, from Vandenberg Air Force Base, California, USA... 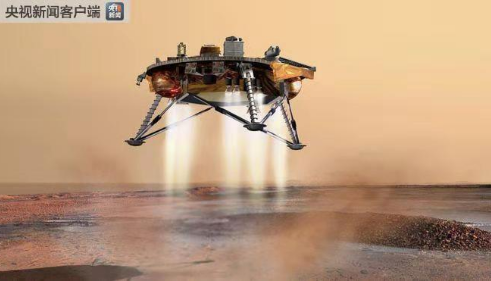 On November 26th, US Eastern Time, the NASA's "Insight" probe launched to Mars successfully landed on Mars and will investigate the internal structure of Mars for the first time.

Insights were launched on May 5th from the Vandenberg Air Force Base in California by the United Launch Alliance (ULA) "Atlas V-401" rocket. After half a year, it flew about 480 million kilometers and arrived at Mars. First, two cubic microsatellites were released, through which people could observe the landing of the insights on the earth in a near live broadcast. EDT about 14:50 November 26th, insight into the number at about 21,000 kilometers per hour entering the Martian atmosphere, for 2 minutes per hour down to about 1600 kilometers per hour, at a height of about 16 km from the surface of Mars, huge supersonic parachute top "insight" was opened, No insight further decelerated, and then separating the bottom of the heat shield, three legs expand "insight" number and lock, while the radar system startup, the height and falling speed of the detector. Mars in height from the ground about one kilometer, 12 rocket engine startup, complete the final deceleration, No. insight successful landing on Mars Ehrlich plain. Scientists say that because the Inland Landing has caused a lot of smoke, its solar panels still need to wait a few hours before they can work properly. At that time, the Insight will officially begin the investigation of Mars. 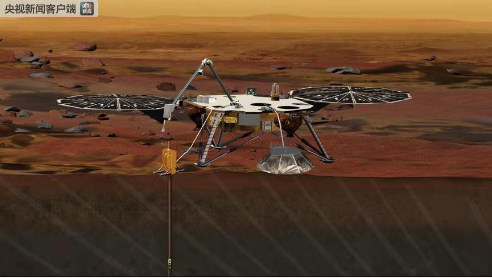 This task is called "internal exploration seismic surveys, geodetic and heat transfer", the English abbreviation is InSight, it is called "Insight" Mars mission. "Insight" number and "curious" rover different, and not roaming around, but stay in the landing site to explore. 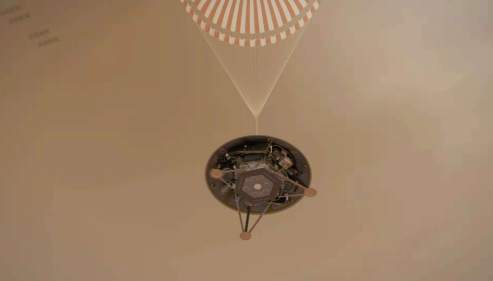 As the first to study Mars probes inside Mars, the Insights will use high-sensitivity seismographs to give Mars a â€œpulseâ€ to monitor the evolution of the Martian ground to atomic-level vibrations, helping scientists outline the evolution of Mars' internal structure. The Insight will also explore a "thermometer" inside Mars to detect changes in the internal temperature of Mars, to understand how heat flows inside Mars, and how heat affects the geological structure of Mars. The Insight also carries a "rotation and internal structure experimenter" that can be used to estimate the perturbations of the rotation of Mars around the axis by radio transmission between Mars and the Earth to provide clues about the size of the Martian kernel.

The Zinc dialkyldithiophosphate salt is a special accelerator for EPDM which contains sulphur, ZnO, thiazoles and thiurams accelerator. It can lead to high degree of cross-linking and no blooming with maximum usage dosages recommended.