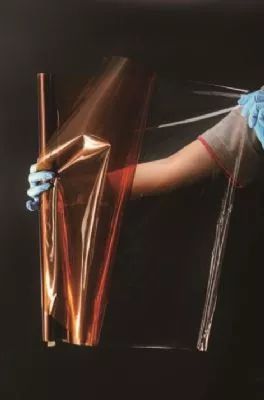 In order to cater to next-generation end products such as IoT and wearable devices, there will be a need for materials that are lighter and softer.

Conventional polyimide (PI) films, when the thickness is reduced, will cause a large increase in the rate of production and customer gluing, pressing, etc., and cannot be expanded.

To this end, Damai Technology's R&D team has developed a new ultra-thin PI film (thickness 1~5Î¼m) SkinTran, which can be applied to ultra-thin cover film and soft copper foil base plate to maintain the original process and control well. Under the cost-effectiveness, the manufacture of lightweight, low-rebound soft boards is completed.

In addition, Continuing the millimeter structure identification PI film (t-PI) exhibited at 2016TPCA, Damai Technology developed a PI functional film with micron structure in 2017 by a unique PI molding technology. In the field of display and illumination, it can be used as an optical diffusion and brightening.

Damai is a player in Taiwan's PI film manufacturing plant that can compete with international manufacturers.

According to DIGITIMES, the company has ranked fourth in the global production of PI film materials. With the development of new formulations and new applications, such as AMOLED flexible displays, AR products, automotive electronics, etc., the PI film materials are diversified. opportunity. 80% of the company's products are supplied to the soft board industry, and 20% to the insulation industry.

In addition, Damai cooperates with Arakawa Chemical to combine the experience of PI film production and organic synthesis technology to modify the polymer structure, giving the product excellent optical transparency and high temperature heat resistance. It is the only one in Taiwan that can provide roll and liquid products. The company is suitable for continuous R2R process, and can also manufacture components in TFT equipment and Batch mode, saving equipment investment.